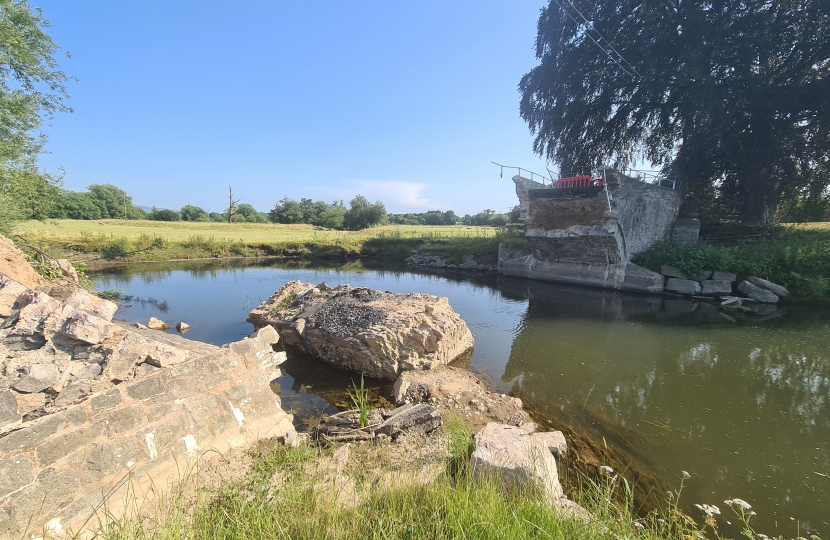 Vale of Clwyd MS, Gareth Davies, has once again pressed Welsh Government to fund the estimated £7m needed to replace the historic Llannerch bridge which was destroyed at the start of 2021.

The Welsh Government refused to commit the much needed funds but Gareth has pledged to continue fighting for support. Speaking after the Senedd session, he said;

"It’s very disappointing that the Minister brushed off my request. I will continue the fight and will not rest until this vital link between Trefnant and Tremerchion is replaced."

"These storms were unprecedented and it’s up to national Government to repair the damage. Welsh Government must fund the rebuilding efforts and I will keep pressing them to do so."