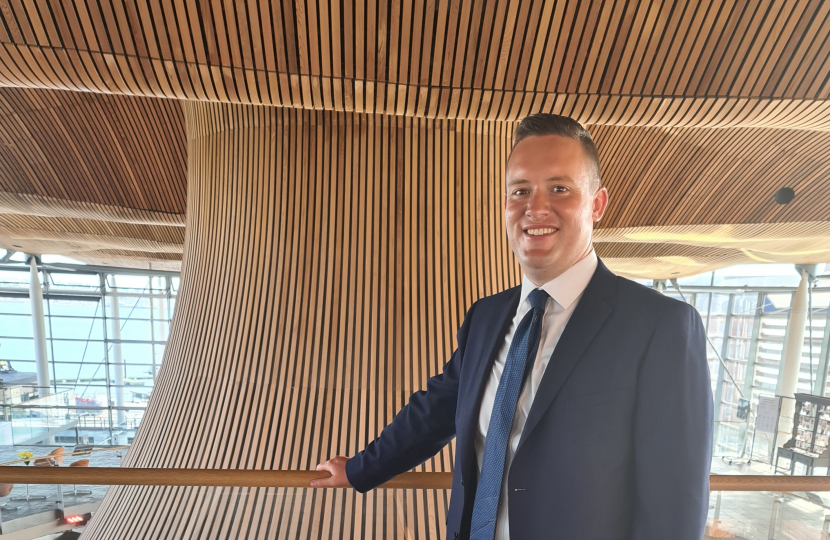 Gareth Davies MS was elected to the Senedd in May 2021, to represent his home constituency of Vale of Clwyd.

He is appointed as the Shadow Minister for Social Services and sits on the Senedd's Health and Social Care Committee.

Prior to his election to the Welsh Parliament Gareth worked in the NHS for over a decade, starting his career supporting people with mental health needs and learning disabilities before moving into physiotherapy as a technical instructor.

Mr Davies is committed to improving the lives of people residing in the Vale of Clwyd and across Wales. He is keen to see improved access to healthcare within his constituency and beyond and on ensuring parity between physical and mental health. Gareth is a strong advocate for grassroots sport and believes team sports are a positive way of tackling mental health issues as well as the obesity crisis facing our nation.

His priorities also include being a strong voice for local residents, supporting improvement in deprived areas within the Vale of Clwyd and levelling up North Wales with investments and infrastructure.

Residents or local businees who require assistance from Gareth and his team can get in touch by email via Gareth.L.Davies@Senedd.Wales or by phone on 0300 200 7173.

Welsh Conservatives in the Senedd have revealed their latest shadow cabinet appointments.