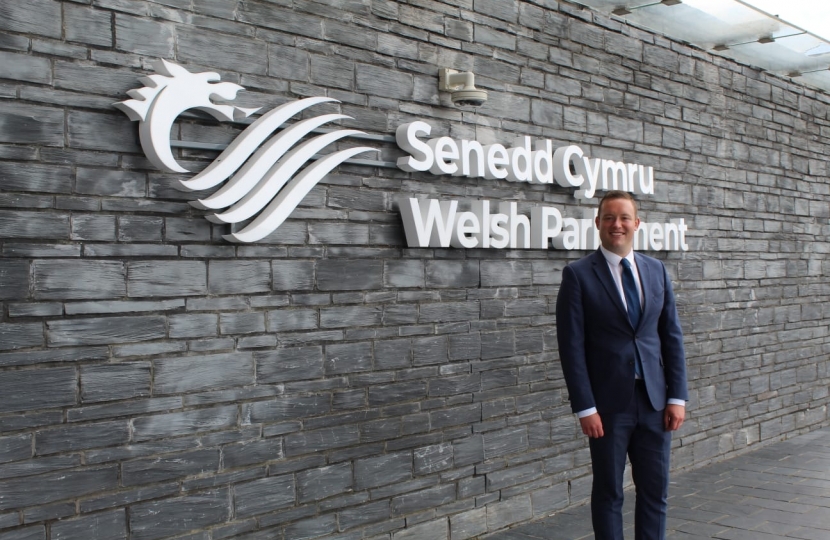 It is a huge honour to be elected to represent Vale of Clwyd, the constituency I was born and raised in, and the one I hope will help maximise the life chances of my son and the thousands of other children in the constituency.

However, if we are going to make the Vale of Clwyd prosper and improve the lives of all who live here, we have a long road to travel.

For the past 22 years, the Constituency has been represented by, and the country run by, Welsh Labour. While I pay tribute to my predecessor, Ann Jones, who often stood up for the Vale, far too often her Government failed to act in the best interests of this constituency and our nation.

We have seen a continuing decline in education standards, a constant fall in economic prosperity and poorer health outcomes despite us spending significantly more per-head than they do across the border in England.

I would like to thank the voters of the Vale of Clwyd for putting their trust in me as well as thanking all those who helped ensure the election of first Welsh Conservative to represent the seat since its creation in 1999.

I make this promise to you, I wont let you down. I will be a strong voice for Vale of Clwyd and North Wales.

For far too long we have been neglected in favour of the Welsh Labour heartlands in the South Wales Valleys. Its time we saw the much needed investment in our schools and hospitals.

Our health board spent an entire parliamentary term in Special Measures and we still have fewer beds, longer waiting lists and poorer health outcomes.

I will hold Welsh Ministers to account and ensure that North Wales gets the needed doctors and nurses, the radiographers and physiotherapists, the GPs and OTs. For 22 years our health service has been badly run, so despite record amounts of cash flowing in our families and friends have had to suffer.

I will fight to ensure we have a first class education system so our children get the education they deserve and are provided with the skills and opportunities to thrive in a changing world.

And I will do everything in my power to ensure our businesses not only recover from the fallout of the Pandemic but thrive. We have to create an environment where entrepreneurs can maximise their businesses. For far too long Welsh Government has chased overseas investors but neglected indigenous businesses. I want to see lower business taxes and less red-tape so that more people can start their own business and create much needed jobs.

I also want to restore faith in politics. Its sad that our Senedd elections see less than half the population voting. Despite allowing 16 and 17 year olds to vote for the first time, the number of people who registered to vote in the past 12 months actually fell.

I suppose its little wonder after 22 years of broken promises and a lack of ambition from successive Welsh Labour Governments, but every vote does count. I am now part of the Official Opposition team and together we will ensure that the minority Labour Government are held accountable for every action. We will work with them to deliver improvements to lives of those in my constituency and across all of Wales and oppose them in any actions which fail to bring tangible benefits to everyone’s lives.

We have a mammoth task ahead of us. We have to deal with the on-going Covid situation as well as prepare to meet the challenges brought by climate change and declining bio-diversity.

I am up to the challenge and I promise I will repay your trust in my by delivering improvements to the lives of you and your family.

Welsh Conservative Member of Parliament for Vale of Clwyd.

Being a strong voice for residents and their concerns

Working with, and on behalf of, local residents to assist with their queries and voice important matters to the relevant persons both in Cardiff and with services in the constituency.