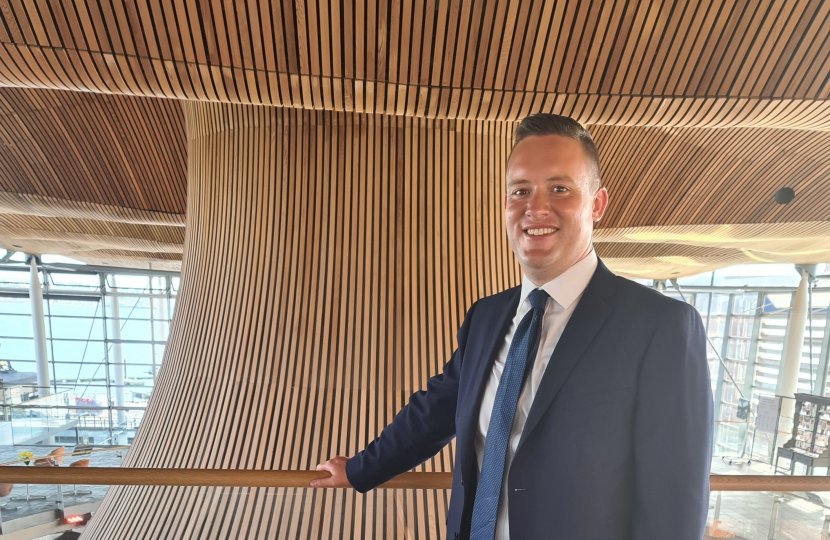 Gareth Davies MS for the Vale of Clwyd has addressed concerns about the sharp price increases of fuel in the rural areas of his constituency.

Following contact by a constituent regarding the apparent inflated prices of fuel at a Morrisons in Denbigh, Gareth was made aware of the stark differences in price between fuel stations in different parts of the constituency which seemed to be disproportionally high in the rural areas of the Vale of Clwyd.

Although prices have gone up all over Wales, Gareth was shocked to learn that in the week commencing 14th November, there was an 18p difference between the fuel prices in Morrisons in Mold and Denbigh.  This is a clear indication that prices are disproportionally affecting rural residents.

In order to address this issue, Gareth wrote to the Corporate Affairs Director of Morrisons to request he opens an investigation into apparently inflated fuel prices and what Morrisons is going to do to ensure prices are fair to rural residents across the Vale of Clwyd.

'''The Russian invasion of Ukraine left the UK vulnerable to fuel price increases that has impacted everyone, but it is shocking to hear that rural resident in the Vale of Clwyd are apparently having to pay even more inflated prices when compared to more urban fuel stations. Rural communities often face the largest challenges during cost-of-living pressures due to a strain on public and local services and if rural residents are paying inflated fuel prices, it will only add to the challenges'''.

''I hope that Morrisons address my concerns and open an investigation into these apparent price increases and work with me to ensure that rural residents pay a fair price for their fuel''.