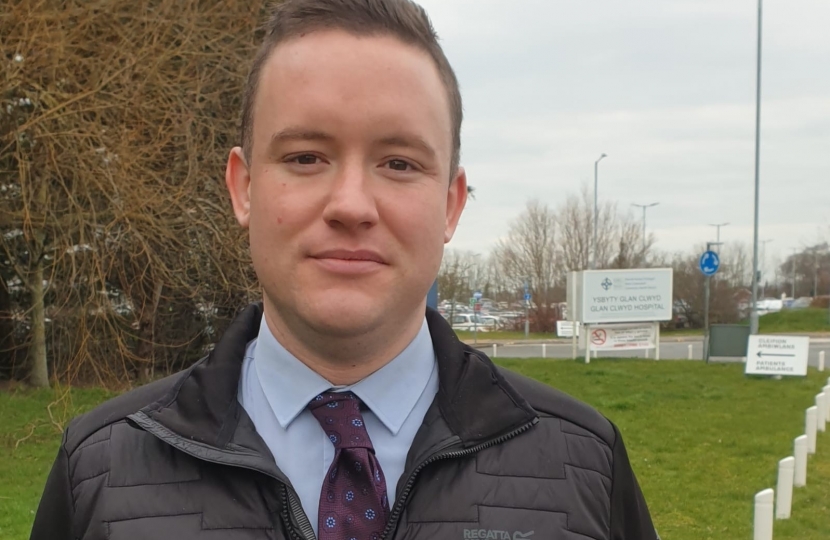 Making an impassioned plea to colleagues, Vale of Clwyd MS, Gareth Davies, urges fellow Senedd Members to listen to their consciences and vote for an independent Welsh public inquiry into Covid-19.

Mr Davies criticised the Welsh Governments failure to protect the care sector and highlighted policy failures which he believes contributed to Wales having one of the worst Covid death rates in the world.

During the debate he said;

“The SARS-CoV-2 virus was allowed to spread largely unchecked leading to large numbers of cases needing hospital treatment. Which in turn put pressure on health chiefs to move patients out of the NHS and into care homes”

The Senedd's vote on a Wales specific inquiry was held after a Welsh Conservative debate called for the dedicated investigation, in addition to Wales being included in the UK wide inquiry.

Following the debate the vote on the motion tied 28:28 so the Llywydd used her casting vote to maintain the status quo, as per protocol and voted against the inquiry and the motion did not pass.

"The Welsh Labour Government refuse to conduct a Welsh specific Covid-19 inquiry, despite choosing to go their own way in dealing with the pandemic in March 2020.

You can view Gareth’s contribution at https://youtu.be/d5cgEAcqsfo

You can view the entire Welsh Conservatives Debate at https://bit.ly/30uHEjW