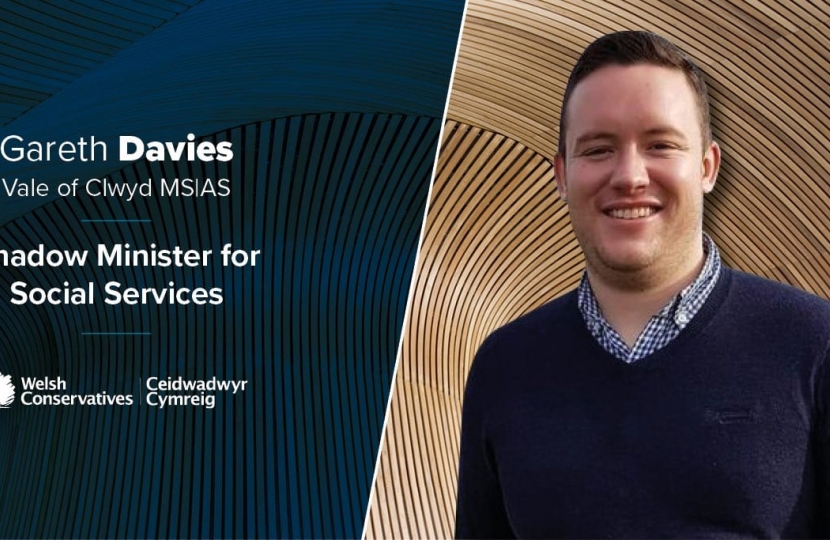 Welsh Conservatives in the Senedd have revealed their latest shadow cabinet appointments.

"After our best ever Welsh election result, this is a new team brimming with energy and ideas to tackle the big challenges Wales faces as we come out of the pandemic.

“The Welsh Conservatives have delivered a fresh team to the Senedd and I’m excited to see a new shadow cabinet full of talent and expertise from outside parliament enter the political fray in Wales.

“Our immediate priority will be working in the national interest to protect livelihoods and ensure our economy gets on the road to recovery and we build back better after the most difficult period we’ve seen in peacetime Britain.

“My team will do the job that families, workers and businesses in Wales want to see from us – holding Labour to account, putting forward positive policy alternatives as we build a real alternative and ensuring that, through strong opposition, we deliver better government.”

The newly elected Member of the Senedd for the Vale of Clwyd Gareth Davies has been appointed as the Shadow Minister for Social Services.

Speaking after his appointment Gareth said,

"I'm absolutely delighted to be appointed as the Shadow Minister for Social Services as I've got many transferrable skills to bring to the role, after working in the NHS and Local Government for eleven years and seeing first hand the problems facing the Social Care sector in Wales it's now more important than ever that the Welsh Government can provide a Social Care model that is reflective of modern society.”

Gareth went on to say,

"I will do all I can to hold the Welsh Government to account and fight for a Social Care system that delivers for the whole of Wales.”

The new Shadow Cabinet appointments in full are as follows:

Gareth Davies MS was elected to the Senedd in May 2021, to represent his home constituency of Vale of Clwyd.

He is appointed as the Shadow Minister for Social Services and sits on the Senedd's Health and Social Care Committee.