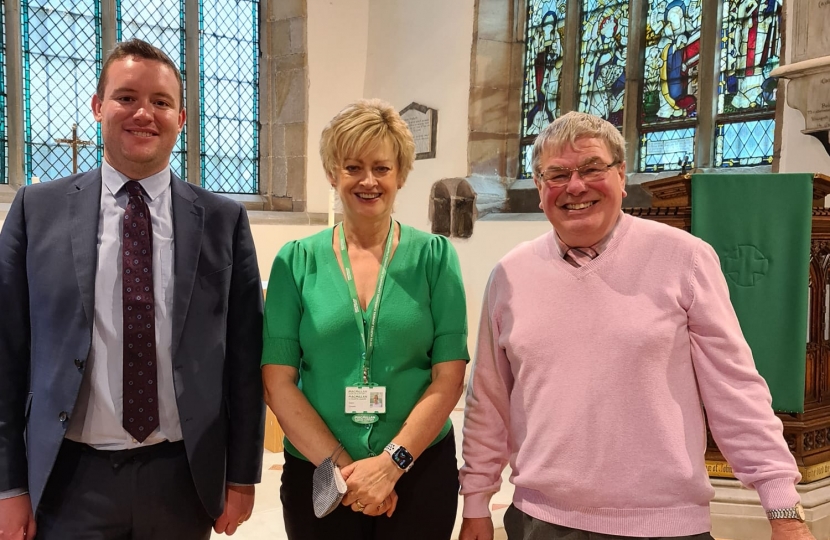 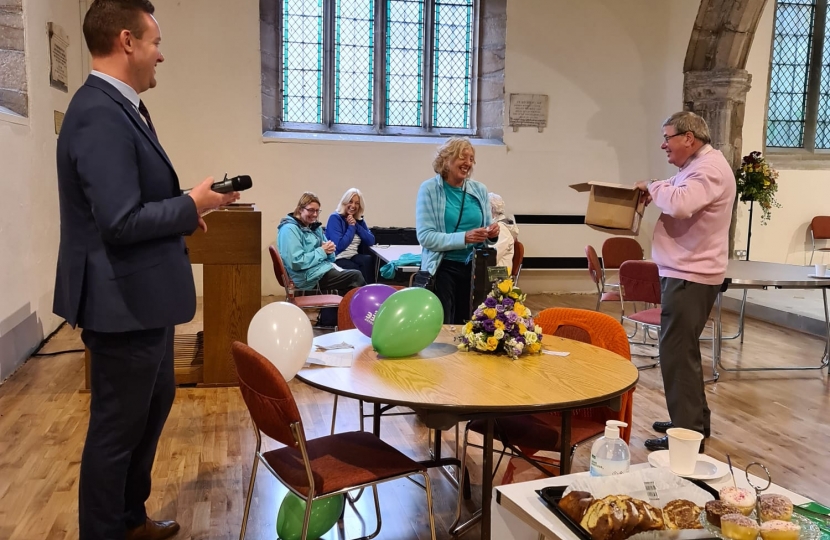 Serving cakes, hot drinks and holding a raffle, according to Macmillan, the funds raised, which totalled approximately £160, would cover the cost of a Support Worker for one day, helping people living with cancer receive the support they need (cost £118 per day).

“So many people, families and their lives are affected by Cancer each and every day and the work of Macmillan Cancer Support is so vital in helping people through such difficult times”

“Macmillan Cancer Support is such a worthwhile cause, I’m grateful to all who attended to help us raise these funds and to the local businesses such as the Coop, Londis and Antonio’s Flowers and Gifts who contributed towards our Coffee Morning with donations”

Also in attendance at the event was Mr and Mrs Hodgkinson of Bodelwyddan, invited by Gareth Davies MS to display their jam stall, highlighting their own fantastic fundraising efforts for Macmillan. To date the couple have raised over £3000 by selling jams and produce grown at their allotments from a stall outside their home.

“It’s brilliant to see the hard work of Bodelwyddan residents Mary and Charles being showcased, I’d like to congratulate them both on their fundraising efforts and community spirit”

If you would like to give to Macmillan Cancer Support and help make a difference, you can make a donation online today at www.donation.macmillan.org.uk

Whether you are a photography pro or just like taking snaps on your phone, entries from all abilities welcome.

This year's theme is 'Winter in Vale of Clwyd'

Copyright 2021 Gareth Davies MS for the Vale of Clwyd. All rights reserved.
Powered by Bluetree