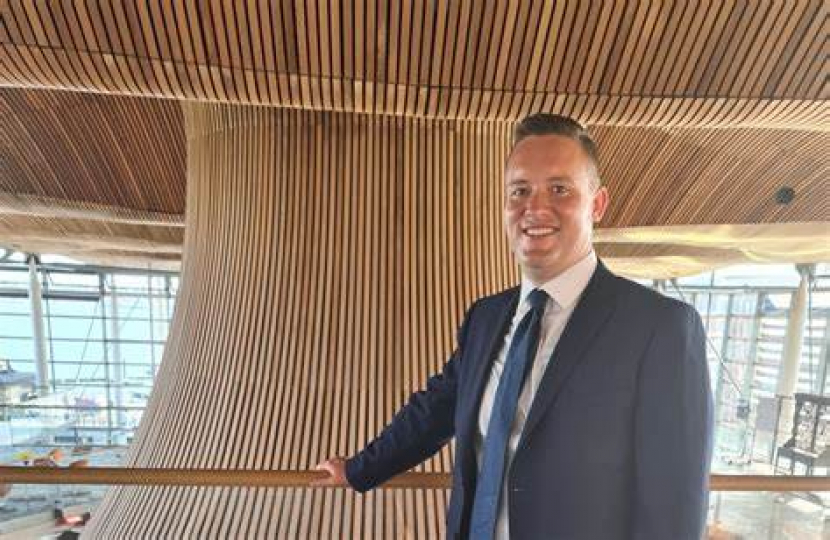 Gareth Davies MS for the Vale of Clwyd has slammed Denbighshire County Council over their stealthy meeting on care home fees.

The Labour-Plaid run Denbighshire Council has been accused of acting in secrecy over planning to meet to discuss dangerously low care home fees.

Gareth highlighted in the Senedd chamber how this will deeply impact vulnerable residents in the Vale of Clwyd. Gareth also told the Trefnydd how the Leader of the Council should know better and face the scrutiny that the residents of Denbighshire deserve.

Commenting, Gareth said ''Operating behind closed doors to avoid scrutiny is a shameful way to avoid elected Councillors from holding the Council to account and an insult to the people of Denbighshire. As said by the Chairman of Care Forum Wales, Mario Kreft, decisions such as these should take place in the open and I fully agree. It does raise the question 'what do they have to hide' from residents?''.

''If the Leader of the Council, and his Cabinet, are unwilling to govern in an open way due to their political ambitions, they should consider if they are fit to hold their positions''.

Replying to Gareth when he asked if the Welsh Government agreed with Mr. Kreft, the Trefnydd said she agrees that transparency is needed. Therefore, if this is the case, it falls on the Welsh Labour Government to ensure that Labour Councils such as Denbighshire are as open as possible to residents to avoid stealth taxes and unfair treatment of vulnerable residents continuing.