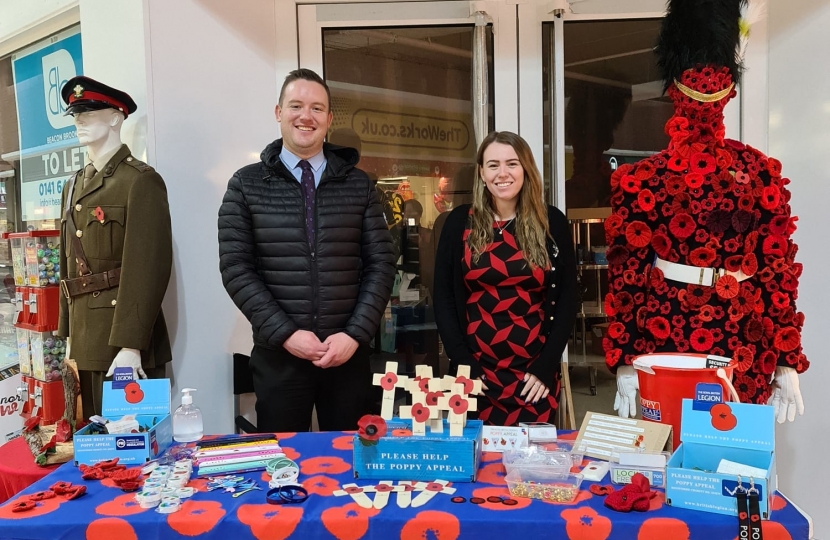 The Royal British Legion has been supporting Service men and women, ex-serving personnel and their families since 1921, meaning this year marks their centenary of support.

Fundraising efforts are on-going right across the North Wales area with pop-up stalls in supermarkets and shopping centres.

“I’m grateful to have been able to get ‘hands on’ in supporting this year’s Poppy Appeal, especially as 2021 meets a special milestone marking 100 years since the formation of the Royal British Legion”

“I’d like to thank all of the dedicated organisers and volunteers within our communities here in the Vale of Clwyd, who work so hard for this worthy cause and to help ensure we remember the fallen and their sacrifices for generations to come”

“The Poppy Appeal and the efforts of the Royal British Legion are at the heart of a national network that supports our Armed Forces community, and I am truly thankful for this and for their role in our Remembrance”

To get involved in helping with your local poppy appeal or to donate online visit Royal British Legion | Armed Forces Charity or you can ask one of the volunteers on a local stall for more information.

Remembrance Sunday falls on 14th November 2021 and will be marked with memorial services across the area.