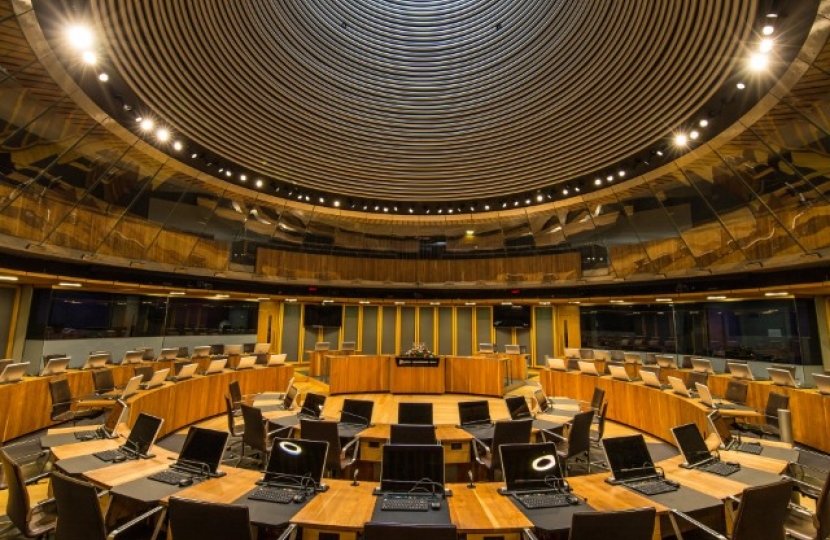 Gareth Davies, MS for Vale of Clwyd and Shadow Minister for Social Services, has led a debate in the Senedd calling for Wales to adopt the WAVE Trust's target of reducing 70% of Adverse Childhood Experiences by 2030.

During the debate he related the harrowing tale of a child victim of sexual abuse and the trauma that followed their life into adulthood. Gareth outlined how almost every member had signed up to the 70/30 pledge so there was no reason why Wales should not join Scotland in making the pledge Welsh policy.

Unfortunately, Labour and Plaid Members of the Welsh Parliament voted the motion down. Speaking after the debate, Gareth said;

"It is extremely disappointing that Labour and Plaid would rather play party politics than take action to end child abuse."

"We continue to let down children in Wales by not tackling abuse and trauma. I wish we could eliminate ACEs altogether, but thats unrealistic. We can and should eliminate 70% of them by the end of the decade."

"Why MS's who signed the WAVE Trusts pledge would vote against our motion just to make cheap party political points is beyond me."

"I am supporting actions taken by the SNP in Scotland and would have supported this motion had Labour or Plaid tabled it. Why can’t others put their party affiliations aside and do what's right for Wales's children?"

The debate can be viewed on Senedd TV