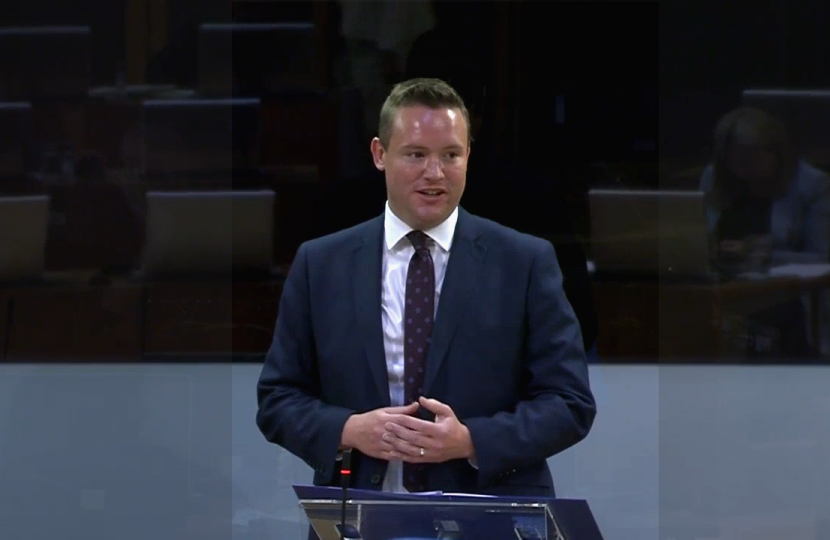 Speaking in the Senedd, Gareth Davies MS for the Vale of Clwyd questioned the Rural Affairs Minister on what measures she is taking to reduce the Catfish population in Denbighshire.

Gareth highlighted how Catfish are causing significant biodiversity damage to Denbighshire's lakes. As nature documentaries have shown, Catfish are capable of attacking birds and dominating lakes. Gareth recognises the concerns of many residents that Catfish are dangerous.

In the Senedd chamber, Gareth brought to the Minister's attention how when Catfish were introduced to lakes in the 1990s, their numbers have increased and are causing small fish populations to reduce. He also argued how the Welsh Government needs to take responsibility on this matter in an environmentally sustainable way.

Speaking after the response from the Minister, Gareth said ''Although Catfish are a great catch for avid fishermen, the risk they pose for the biodiversity in our lake's. I am glad that the Welsh Government are addressing the concerns of many residents have regarding Brickfield Pont. However, we need specific details on how to tackle this problem. I would also like to see the Welsh Government put forward practical solutions''.

'Additionally, I was disappointed that the Welsh Government and Natural Resources Wales have no strategy on how to address the concerns around the Catfish population in the River Dee and River Clwyd''.